There is a famous proverb: “No past, no future”. Our history is a basis for what we are now. In this light, it is interesting to get familiar with the masters of the essays from the past. Famous essayists not only are a part of our history, but also symbolize the experience, talent, and style. So, let’s discover together the most famous essay writers of the 20th century! No doubt, their experience of success is a respectable example for all the beginning essay writers. We want to share the stories of the best 20th century writers, the masters of the century!

Gore Vidal (1925-2012) was an American politician, author, journalist, screenwriter, and essayist. He is also in the lists of The Best Historical Fiction Writers of all Times and The Best Gay Authors. Among the most popular essays of this writer we can find “Some Jews and the Gays,” “Requiem for the American Empire,” “Monotheism and Its Discontents,” “Notes on Our Patriarchal State,” “Birds and the Bees” and “The Birds and the Bees and Clinton.” Gore Vidal elaborated on a variety of topics, most of them very provocative and argumentative. His essays are not the simple reflections; they represent the core societal problems. The essays are not easy to read, however, they contain many ideas to consider and cognize the world. If you are interested in opening the world of Gore Vidal, do not hesitate to read his best works.

Christopher Hitchens (1949-2011) was a British-American author, orator, journalistic and religious critique, and also the famous essayist. Hitchens contributed the five collections of essays on a diversity of topics, including religion, politics, and literature. He had a very own view on religion, God, wars, societal system, etc. It would be wrong to say that Hitchens had a “commonly accepted” views on the societal events and politics. Nevertheless, his approach is controversial and impresses by the logic of the author. During his career, Hitchens even had the literary conflicts with Gore Vidal for his political views. In any case, the works of the author are worth reading for those, who try exploring the writing field.

George Orwell (1903-1950) is an English writer. He is famous for his anti-totalitarian views, profound attitude to the social injustice, and superior attention to the language clarity. Orwell was nominated in The Times list of “The 50 greatest British writers since 1945.” He is a father of many neologisms in English, including so widely-used today words as cold war, Big Brother, Room 101, memory hole, and thoughtcrime. Probably the most significant contribution of this author to the writing practice is his essay “Politics and the English Language” where he sets the rules of the good essay writing. The author argued that writers have to use the concise and clear language that excludes the possible political manipulations with the text.

Isaac Asimov (1920-1992) is an American author and researcher. He was born in Russia in a family of Jewish millers. At his very young age, the family immigrated to the USA where Asimov spent all of his life. He was a very productive writer and left more than 500 books and 900 letters and postcards as his contribution to the literary world. His primary sphere of interest was the science fiction. Nevertheless, he has a huge collection of short stories (essays) on different themes.

What associations come to our mind when we hear the name of Langston Hughes? Probably, Harlem Renaissance and Jazz Poetry! Langston Hughes (1902-1967) was a famous essayist, novelist, columnist in the American literature. He is among the Best Poets of the 20th century, and, surely, among the most prominent 20th century writers. The most famous essays of this writer are “Not Without Laughter”, “The Ways of White Folks”, “Simple Speaks His Mind”, “Laughing to Keep from Crying”. Hughes incorporated a repetitive phrases or sounds in his writings in a line with the musical genre of jazz. The biography of the writer, his career and contributions are a fascinating part of the American literature. 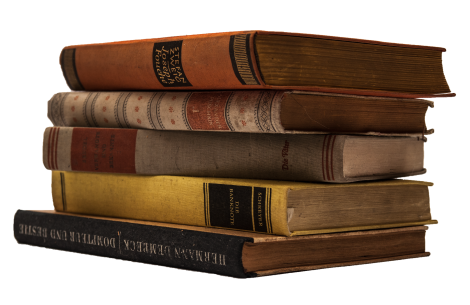 There are too many famous essay writers to include in this article. Enjoy the reading, experience new emotions with the stories and findings of the writers from the past! The best 20th century writers will definitely help you in your endeavors!

You can find more about no plagiarism essays at our service.