Since the 9/11 terrorist attacks, the safety and security in the US have been significantly altered. Homeland security has emerged as a prominent policy, as the US responds to the uncertainty posed by the specter of terrorism. The US National defense strategy outlines the four forms of challenges: irregular (insurgency and terrorism), conventional (classical military competition), catastrophic (involving weapons of mass destruction), and disruptive challenges. The US homeland security programs and activities have considerably or moderately reduced threats to the country. However, the DHS has not instituted mechanisms to guarantee that resource utilization matches strategic priorities. Furthermore, the philosophy underpinning the existing approaches to homeland security can be criticized for exacerbating issues on minimized privacy, increased government secrecy, and reinforced government protection of special interest. These issues can be considered as a threat or as a setback to the civil liberties relating to right to privacy, and hamper public access to information. The paper explores the US homeland security and its contribution to public safety. The paper features a personal philosophy of the present approaches to homeland security employed in the US.

Reflections on US Homeland Security and its Contribution to Public Safety

In the post September-11 environment, the American public anticipates the law enforcement to disrupt terrorist plots prior to attacks, which have inspired the adoption of preventive policing approach that spotlights the potential of a crime being committed in the future. The US Homeland Security policy seeks to secure the country and preserve its freedoms from the multiple threats that the US encounters including terrorism and other possible intimidations. The US homeland security policy is anchored on the Homeland Security Act (2002) that was introduced consequent to the 9/11 attacks (Pinkowski, 2008). The National Strategy for Homeland Security has five mission areas, namely: improving emergency preparedness and response, enhancing domestic intelligence and warning systems, fostering counterterrorism efforts, heightening border and transportation security, and safeguarding the key assets and critical infrastructure (Bullock, 2006).

Get additional
10%off with us
We provide
300 words/page
While other custom writing companiess suggest 275 words/page only.

Since the September, 2001 terrorist attack, the American audience willingly embraced the notion that the issue of terrorism presented an existential threat to the continuance of the state. The terrorist attacks fundamentally altered the manner, in which the state approached national security. The US implemented a comprehensive reorganization of the federal bureaucracy within its history and institution of laws, such as the USA Patriot Act, created in response to the grave threat posed by terrorism. America can be regarded to be at war with transnational terrorist movements with radical ideologies of oppression, hatred, and murder. The US response to the growing terror threat has included fighting terrorist enemies on the battle field, while, at the same time, fostering freedom and human dignity as alternatives to the terrorists vicious vision of totalitarian rule and oppression. As a result, the paradigm employed in combating terrorism encompasses the application of all components of the US national power and influence detailing use of military power (Stewart, Ellingwood, & Mueller, 2011). The US has also instituted measures geared towards exploiting diplomatic, intelligence, financial, and law enforcement activities to safeguard the Homeland. The measures have also broadened defenses, disrupted terrorist operations, and denied access to what terrorists need in order to survive.

Cyber threats to the US are a pressing and growing concern to policymakers, which is informed by the fact that denial of service, manipulation or theft of data, or damage to critical infrastructure via the cyber-based attack could inflict significant impacts on the national security, livelihood of the US citizens, and the economy as a whole. The terrorism threat, inclusive of homegrown jihadist terrorism, can be considered salient within the public institutions interests. The terrorism ideology draws from political alienation, ideology that validates murder, misinformation, and conspiracy, and grievances that can be blamed on others. The US homeland security program has played a significant role in protecting local communities in meeting security expectations by broadening the gathering of intelligence, expanding cooperation with state, local, federal entities, and community-police relationships in confronting terrorist or national emergencies.

The US has been advancing effective democracies as the effective long-term antidote to confronting the ideology of terrorism. Democracy is considered the antithesis of terrorist tyranny, since it is grounded on empowerment, while terrorist ideology draws from enslavement. However, democracy is not necessarily immune to terrorism. The strategy to combat terrorists ideology must explore the ways to deny terrorists future recruits, which may require political reforms and empowering peaceful Muslims to practice and interpret their faith. Critics contend that US response to the threat posed by terrorism was alarmist, an overreaction to the threats posed by the terrorists (Denney, 2008). Indeed, the security measures implemented since the 9/11 have mostly been applied on an ad hoc basis, without regard for their influences on the community character and planning patterns.

Some of the successes of homeland security efforts include depriving terrorist groups, such as al-Qaida, of haven in places, such as Afghanistan, and aiding the rise of democratic governments to deny sanctuary to terrorists. The US has also carried an international campaign designed to combat terrorist financing, which has made it more difficult, costlier, and riskier for the terrorists to raise and move their monies. Numerous nations have joined hands to fight terrorism through cooperation on intelligence, law enforcement, military, and diplomatic activity. The US has strengthened its capability to disrupt and prevent future attacks within the Homeland by improving its counterterrorism architecture via the creation of the DHS, National Counterterrorism Center, and the Office of the Director of National Intelligence (Oliver, Marion, & Hill, 2014).

The anti-terrorism and security concerns have encouraged government entities, property owners, and others to fix security barriers, limit access, and install diverse range of security devices on buildings, sidewalks, and transportation facilities. Although, the short-terms impacts of the measures were justifiable within the direct aftermath of the 9/11, overtime, the installations have come to have negative impacts on the social, physical, economic, and civic life of the various communities (Clovis, 2011). The installations have been criticized for appearing to be piecemeal solutions that are narrow and context-insensitive. The installations have come to be seen as communicating fear and retrenchment, which constitute the core premise that underpins democratic societies.

Furthermore, DHS has too many subdivisions within too many disparate fields for it to operate in an efficient way. The arrangement of the DHS fails to foster the competence, which may mean that Americans are not necessarily safer. Although, national defense remains a core governmental responsibility, committing too may resources to defend every possible terrorist target can be regarded as a recipe for wasteful spending. Homeland security can be criticized for eroding the human rights of the citizens devoid of any cost-benefit analysis. The limited resources ought to be committed to countering real, specific threats. DHS responsibilities for domestic surveillance, aviation security, and port security have rendered it too easy for the politicians to mask pork barrel spending.

The cumulative investment on homeland security over the decade since the 9/11 has exceeded 1 trillion dollars. Critics accuse the DHS of failing to apply risk assessment and cost-benefit analysis to justify the massive expenditures. DHS can be faulted for relying on the worst case scenarios, summing, instead of multiplying the probabilities, appraising relative, rather than absolute risks, and inflating the capacity of terrorist, and the significance of possible terrorist targets (Mueller, 2004). DHS can also be faulted for engaging in probability neglect by focusing on the worst-case scenarios, rather that the likelihood of a terrorist attack, which can be a significant distortion in the case of low-probability, high-cost events. 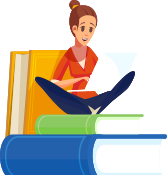 A top 10 writer option allows that you to cooperate with one of our best experts.
We guarantee that we will assign the most seasoned specialist to work on your assignment.

In the past decade, the balance between liberty and security has leaned towards security yielding to the increased government power. In some way, Americans have been compelled to trade security for liberty, which in itself is a false choice. Americans have been subjected to the highly intrusive screening at the airports, and continuing to slant towards enhanced security at the detriment of liberty. Since the bulk of intelligence work should be hidden from the view, secrecy might be acceptable, provided that the American public is confident that the legislators are providing meaningful oversight for the public (Friedman, 2011). Nevertheless, it is disheartening to note that the Congressional oversight of intelligence is mostly weak leaving the executive branch to oversee itself.

Personally, I think that terrorism does not necessarily present as existential threat to the US way of life. As such, the massive costs incurred in both direct and indirect costs (security measures) do not justify the costs, which outweigh the benefits. It is apparent that the US has encountered difficulties in maintaining the balance between guaranteeing effective counterterrorism policies and being mindful of the present budget environment. The US is yet to institute systems that sufficiently protect the country, despite the billions of dollars expended in attaining the American security mission. This observation is backed by the congressional audits that have revealed that the US Department of Homeland Security has not addressed the gaps and weaknesses in its operations (GAO, 2013).

The DHS has also been accused of failing to undertake proper air cargo screening with some of the shipments entering the US found to contain explosives, contrabands, and weapons. Some of the Government Accountability Office GAO probes have revealed shameful lapse in security at majority of the US busiest airports, whereby in covert exercises, bombs, and guns regularly got past incompetent airport screeners (GAO, 2013). These findings raise questions on the effectiveness of the DHS in securing the country. The DHS has also drawn criticism for approving background checks for several illegal immigrants working within the sensitive sections of busy US airports. Furthermore, GAO in its audit report detailed that the DHS has not instituted mechanisms for tracking alignment between the strategic priorities and resource deployment.

Terrorism remains a serious problem in the society; however, it is essential that policymakers become more open to the American public. Most importantly, policy makers should desist from pandering to fear and exaggerating every possible threat; hence, policymakers keep the risk of terrorist attacks in perspective and commit public resources on cost-effective measures. I support the call for restructuring of the DHS into more practical groupings, such as placing immigration, customs enforcement, and border security under the same oversight agency, so as to improve oversight.

The national intelligence system has been successful in enhancing security in the US, as highlighted by the multiple foiled terrorist plots and absence of any significant successful attack on American soil since the 9/11 terrorist attacks. Despite the homeland security measures implemented since the 9/11, it is difficult to establish whether the security changes have made America safer. The increased domestic surveillance has posed a grave risk to the civil liberties. The bulk of the national intelligence effort is kept in secret, which means that there is a lack of a thorough oversight. By its nature homeland security intelligence can be considered as highly intrusive, which poses a risk to the infringement of the civil liberties.

In case you have considered our coursework sample a great piece of writing and you would like to get the similar one, you are welcome to order from our coursework writing service.